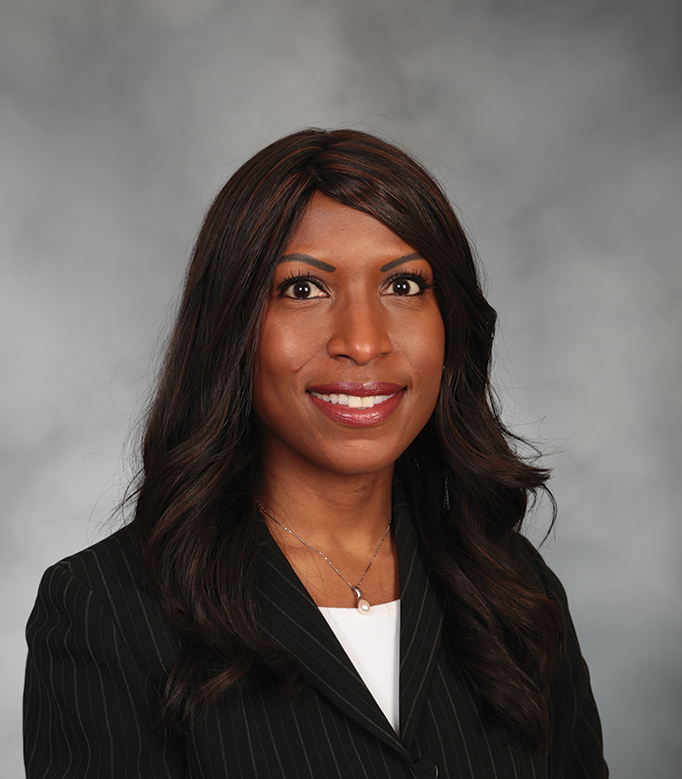 Brianna T. Scott was born and raised in Muskegon, Michigan. Brianna attended Michigan State University and graduated with a Bachelor of Art’s degree in Marketing. Among the honors she received were the COGIC Center Aspiring Law Student Scholarship, winner of the Delta Sigma Theta Sorority, Inc essay contest and making the Dean’s list in 1996. Ms. Scott was chapter president of Delta Sigma Theta Sorority, Inc., Executive Board member of Wonders Black Caucus and a member in both the MSU Prelaw and Marketing Associations as an undergraduate student.

Ms. Scott attended Wayne State University Law School where she received her Juris Doctorate in May, 2000. She was active in variety of law school activities and she attained a final year grade point average of 3.57/4.0. She successfully competed in various law school competitions including, but not limited to Moot Court evidence competitions, acting as Article Editor of The Journal of Law in Society, Executive Board member of Moot Court (Director of Outside Competitions), working on the academic committee of the Black Law Student Association, and being an active student member of the Wolverine Bar Association. In addition, Ms. Scott received many scholarships and awards throughout her law school career.

Ms. Scott became an attorney in November 2000, and was immediately recruited and hired as the FIRST African American Assistant Prosecutor in the Muskegon County Prosecutor’s office where her initial responsibility was handling district court cases, which included misdemeanors, ordinance violations and other hearings within the district court.  However, after much success and proving herself a great trial attorney, she was promptly promoted to Circuit Court, where she handled many cases advocating for victims until she left the Prosecutor’s office in 2003.

In 2005 she decided that after five years of significant experience handling all types of cases, that she wanted to become an entrepreneur and start her own law practice.  Becoming a business owner, in fact the first minority (African American and female) law firm in Muskegon County was exciting, challenging, and very rewarding. Her law firm has grown significantly over the years and she now employs a full time staff of five (5).

In 2018, Ms. Scott was elected to an 8 year term on the Michigan State University Board of Trustees. A testament to the high regard placed on Ms. Scott for her professional accomplishments, ethical standards and peer recognition, Ms. Scott was recently named a 2019 Athena of the Lakeshore Award Recipient. In 2014, she became the FIRST person of color to serve as President of the prestigious Muskegon Rotary Club. Currently, Ms. Scott serves as Vice President of the Muskegon Heights Alumnae Chapter of Delta Sigma Theta Sorority, Inc.  As well, she serves on the Boards for Access Health, Boys & Girl’s Club of the Muskegon Lakeshore, Panel One of the Michigan Attorney Disciplinary Commission (County of Muskegon); and is also a member of the Muskegon Rescue Mission’s Personnel Committee. Ms. Scott is also the Chair of the Muskegon Rotary Club’s Diversity & Inclusion Committee, Retention Committee and serves as the Co-Chair for the Life Leadership Committee and the Community Service Council. In the past she have served on the following boards: United Way of the Lakeshore, Muskegon Lakeshore Chamber of Commerce and Family Services Center Workforce Development Center. Additionally, she serves as Legal Counsel for the International Churches of God In Christ, which is the largest African American church in the world. She is also one of the only attorneys in West Michigan to be dually licensed to practice law in the state of New York.  However, her proudest accomplishment is being the parent of her son. She is happily married to her husband Stan. 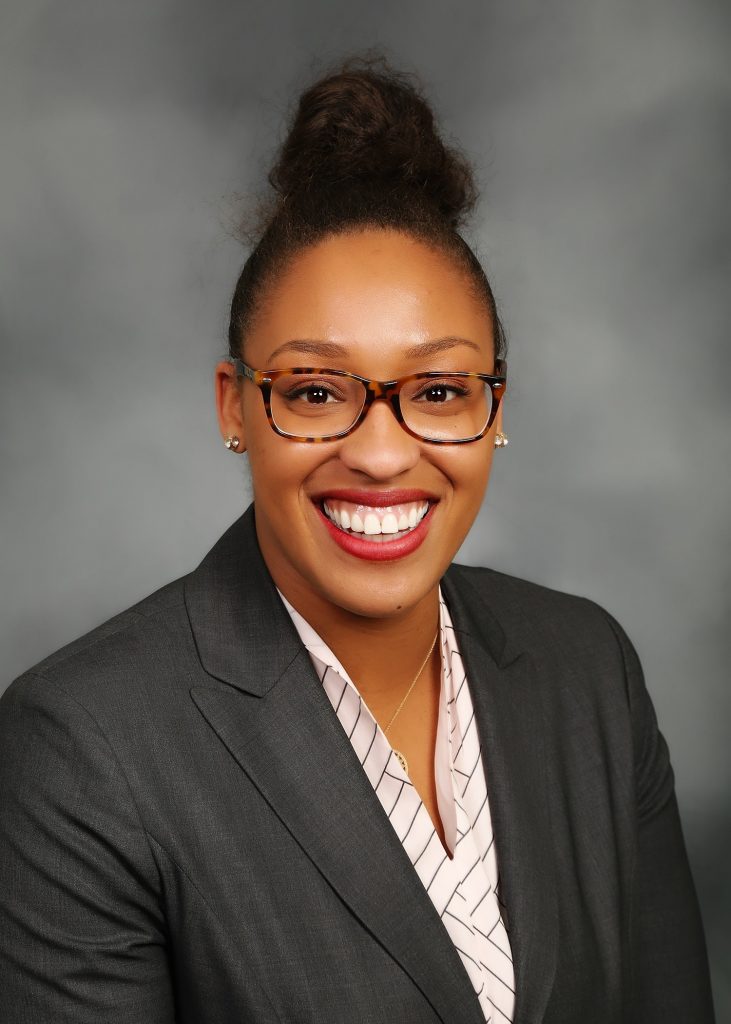 Brittany F. Wilson was born in Detroit, Michigan and raised in Muskegon, Michigan. She graduated from Mona Shores High School where she was a gymnast for the Mona Shores Gymnastics Team.  After graduating from high school, Brittany attended Central Michigan University where she obtained her Bachelor’s of Science degree in English and minored in Family Studies and Legal Studies. Amongst Brittany’s leadership roles at Central Michigan, she was the Legal Clinic Director for the Student Government Association Legal Clinic, Student Government Association Senator, and a member of the Enrollment Committee, Academic Sub-Committee, and the First Year Response Committee.

As a Senator, Brittany represented the College of Education and Human Services. Her biggest accomplishment as a Senator was creating the Landlord & Tenant Clinic, with a fellow student, to assist students in obtaining free legal advice. In addition, Brittany was a member of the Pre-Law Fraternity, Phi Alpha Delta. Brittany served as the Community Outreach Chair from August 2012 – December 2012.

Brittany attended The University of Akron School of Law where she received her Juris Doctorate and Health Law Certificate in May 2018. Brittany was part of many organizations during law school; however, her biggest accomplishments were co-starting the Health Law Society and her role as the Student Coordinator for the Certificate of Qualification for Employment Clinic (CQE). The CQE Clinic assisted individuals with a criminal background in obtaining employment and/or public housing. Brittany assisted clients in petitioning the court to lift the collateral sanction that bared the client from being considered for employment and/or public housing.

While completing her law degree, Brittany obtained her Master’s in Business Administration. While working as the CQE Student Coordinator, Brittany worked as a Graduate Assistant and tutor for Government and Business students.

Brittany became an attorney in November 2018.